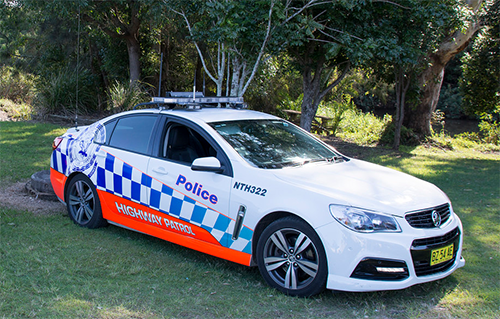 NSW Police has locked in BMW and Chrysler sedans to replace Holden and Ford machines on the state highway patrol fleet.

BMW will supply special 530d sedans in what the brand describes as a “specific authority specification” stripped of some luxuries. The sedans are equipped with special equipment including M-Sport brakes and suspension, as well as comfort seats.

Victoria Police have already signed on to use the 5-Series, which may find its way into other states

BMW Australia chief executive Marc Werner says the brand already supplies emergency service vehicles to a number of countries, and he is “pleased to see our brand continue this proud tradition in Australia”.

“We are honoured by our association with the New South Wales Police Force and delighted that our officers will be driving BMW’s safe, efficient and dynamically superior vehicles,” Werner said.

It will share responsibilities with Chrysler’s 300 SRT, a machine closely related to Dodge Charger police cars preferred by many US units.

Boys in blue accustomed to the grunt offered by Holden’s 6.2-litre SS Commodore will feel at home in the Hemi-powered Chrysler, which features a 6.2-litre V8 with massive 350kW and 637Nm outputs. Chrysler says the machine can dispatch the 0-100km/h dash “in the mid four second range”, making it one of the fastest cars to serve on Australian highways. The catch is that it uses a claimed 13L/100km when cruising – and much more when pressed into action.

Both cars are more expensive than homegrown predecessors. The luxury-spec BMW 530d available to the public costs $119,900 plus on-road costs, while the regular Chrysler SRT is priced from $76,000 drive-away. Police specials are unlikely to cost that much, as they are low on luxury features and are subject to fleet discounts.

Police worked for three years to find replacements for the Holden, Ford Falcon XR6 Turbo and XR8, examining 17 vehicles before settling on the new duo.

“The safety of our police officers and the community they serve is our top priority, and both these vehicles demonstrated the safety levels meeting our requirements,” he says.

“Equally as important, the platform of both vehicles supports the state of the art technology that is key to the government’s focus on reducing the incidents of road trauma across New South Wales.”